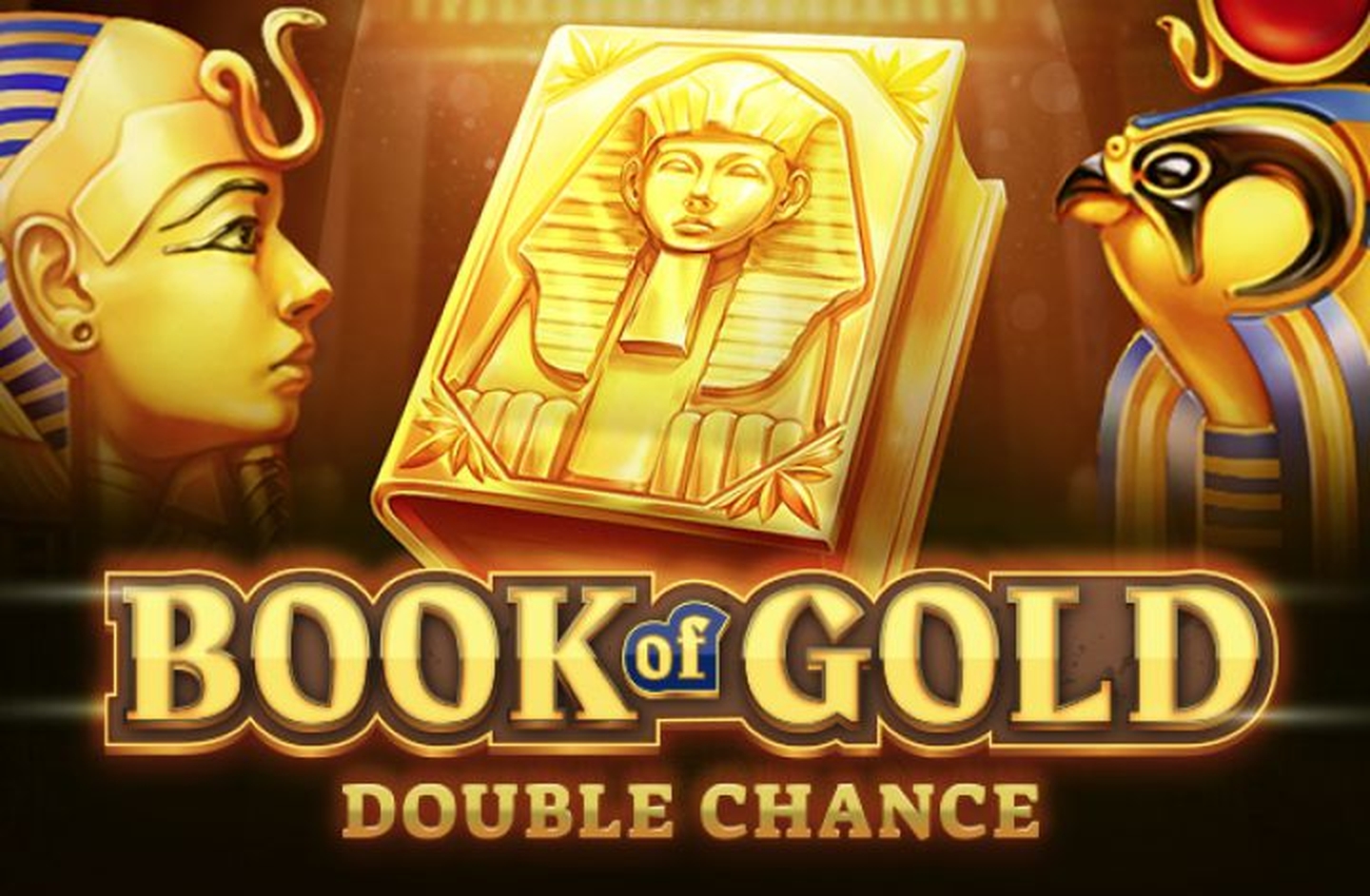 Play for Real Play for free

What is the issue?

Get Demo for Book of Gold: Double Chance

Integrate Book of Gold: Double Chance demo game from Playson on your site or blog for free!

General about this slot

Before you play Book of Gold Double Chance online, learn everything about the slot machine. The game was created by the renowned leader of casino software producing Playson. This Maltese company appeared in 2012 and started conquering the market rapidly. The company specializes in slot games that contain unique design solutions and gameplay features. The Book of Gold Double Chance has become an obligatory reference to an extremely popular theme of Ancient Egypt.

The game is a video slot with five reels and three horizontal lines, which makes fifteen tiles possible. There are ten variants to win in a game. The game is considered to show 95.14% of RTP, which is slightly more than an average rate. As for the risk, the game is high-volatile. It means it pays out rarely, but the winnings are bigger than in other slots. Anyway, the game is not designed for beginning gamblers or those who dislike spending much money. The jackpot is fixed and can equal more than 20,000 coins.

The game is a reference to the Egyptian Book of Life and Death. You will see the images of Egyptian gods Osiris and Horus. The characters are represented by traditional hieroglyphs of an Eye and Ankh. You will see the animations of the golden glow when the elements form a combination.

How to play this slot

To win, assemble any of ten possible lines. All the symbols in these lines must be adjacent to each other horizontally or diagonally. All the winning lines must begin from the leftmost reel. What is more, only the most expensive combination is paid, in case you get more than one. However, Scatter and Expanded symbols are the exceptions to this rule.

To start a game, press a big red button on the control panel. Right to it, there is a button that launches the auto-spin mode. You can set up to a thousand rounds with a couple of limits. Otherwise, the game will stop as soon as it lacks the bankroll. You will see the casino balance uploaded by the Book of Gold Double Chance real money mode and credits if you play for free. Also, you can set the bet. There is a separate button that toggles the maximal bet instantly. The Information button will show you the paytable and the main game rules.

The main controls of the game are situated in the bottom-right corner. You can set the music, sound effects, and the quick spin mode. There is no line selector. The game lacks graphics and featured betting controls.

You will hear a mixture of ambient and a mild Egyptian melody in the background. The bonus game has a slightly intensified variant. You will also hear how reels spin and stop, the symbols being highlighted when they form a combo, and the buttons being pushed.

Ten different tiles are available in the game. There is a single special symbol. It is called Scatter, and it plays the role of traditional Scatters and Wild tiles. It can form a combination that costs like the most expensive standard symbol. Also, it substitutes all the symbols except expanded ones. Three or more Scatters trigger a free spins session. Standard characters include Osiris, Horus, Eye, and Ankh. They cost from 5,000 to 200,000 coins for the maximal combos. Only these tiles can create a winning sequence from two symbols only. Cheap symbols are represented with classic 10-A card characters.

A single bonus round suggests you play Book of Gold Double Chance free spins. The session can be activated with three or more Scatter symbols appearing on the screen. Each portion, regardless of the number of tiles, awards winners with ten free rounds. The feature can be reactivated if other Scatters appear during the free session.

The second bonus feature might appear before the Free spins session. The bonus option expands a random tile on the whole column. It can happen to any standard symbol if it forms a combination. The expanding symbol fills the whole column and increases the chances of forming a winning combo.

There are no other bonus features in the game. It does not have any gamble rounds or mini-games. The symbols do not change during the gameplay, either. Being a 2018 game, Book of Gold lacks additional features in comparison with other slots that appeared recently.

Pros and cons of the slot

Let us sum up this Book of Gold Double Chance slot review with some final thoughts. The game has a very familiar theme, so it cannot amaze with something dramatically new or unique. If you seek new impressions and images from various slots, you can avoid the game. You have probably seen a dozen of the same slots. Here are some more ups and downs of the game.

As you can see, the game is not for everyone. Beginning gamblers should avoid the game, as it requires big money and patience. The game is a contribution to the traditions of Egyptian slots, but it does not suggest anything new. From any perspective, it is an average slot machine.

If you would like to play the Book of Gold Double Chance free or paid modes, you need to find some popular casinos with Playson games. We suggest you look for the game at Video Slots, BCasino, Net Bet, Play Amo, True Fortune, Euro Palace, and Royal Vegas.

Play for free
Jason And The Golden Fleece

Play for free
Throne of Egypt

Play for free
The Pyramid of Ramesses (Playtech)

Play for free
Book of Dead

Play for free
Pearls of India

Play for free
Gods of Giza

Play for free
Temple of Luxor

Play for free
River of Riches

Play for free
Book of Ra

Play for free
Lady of Egypt

Play for free
Age of the Gods